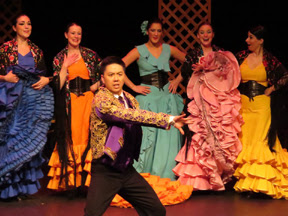 In this original version, the company revisits the dramatic story of a soldier and a bullfighter, both in love with the untamed Carmen. Don Jose falls in love with Carmen but the unfaithful gypsy girl is soon swept away by bullfighter Escamillo. Combining Bizet's familiar melodies with flamenco rhythms, the audience follows the story to its fateful conclusion. 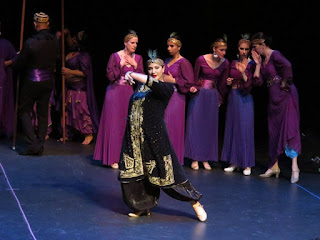 SCHEHERAZADE: TALES FROM THE 1001 NIGHTS
Premiere: May 2017
photo gallery

Presented in collaboration with Amar Egyptian Dance, Scheherzade tells the tale of the princess who captivates a Sultan, taking the audience along on a magical journey. The production showcases the stories of Ali Baba's thieves, Sinbad, and the mischevious Aladdin through flamenco and oriental dance, and music of two intertwined cultures. 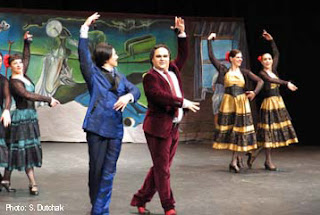 The passion and tragedy of Federico Garcia Lorca, Spain’s noted playwright and poet is captured in this production interpreting scenes from his life and works through flamenco and Spanish dance. Lorca's notable friendship with Salvador Dali is highlighted, as well as his travels to New York and Cuba. The show honours Lorca’s affinity for music, theatre, and dance to celebrate a life cut tragically short. 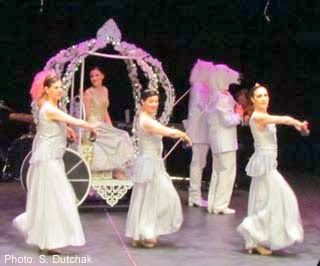 With a click of castanets and a flurry of footwork, Cinderella escapes into a realm of romance and dance. 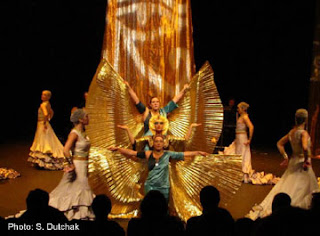 In collaboration with Amar Egyptian Dance, this fusion production tells the story of the life and loves of Cleopatra, Egypt's noted queen. A favorite subject of many choreographers, Spanish and Egyptian dance styles are combined in an original fusion work. Focusing on Cleopatra's relationships with Caesar and then Marc Antony, a sample of Egypt's rich history is depicted through dramatic solos and rhythmic corps dances, accompanied by exotic music and instrumentation. 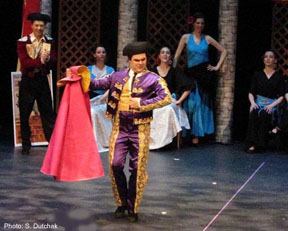 Matador is based on the famed novel Sangre y Arena or Blood and Sand by Spanish author Vicente Blasco Ibanez. It tells the story of Juan Gallardo, a young bullfighter rising to prominence. He marries his childhood sweetheart Carmencita, a dancer who performs in the tavern owned by his mother. As he gains fame due to his talents in the arena, temptation in the form of an aristocratic seductress entices him into a doomed affair. 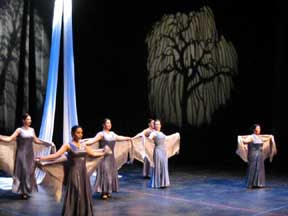 
El Amor Brujo tells the tale of a gypsy haunted by the spirit of her faithless husband until the discovery of new love sets her free. A noted dance work set to music by Manuel de Falla, this version features original choreography interspersed with traditional flamenco forms. The variety of Spanish dance styles lends a fresh interpretation to a score rich with lyricism and drama. 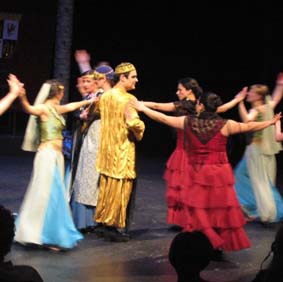 Alhambra recounts Spain's history through the story of Boabdil, last Sultan of Granada during the rule of Queen Isabella. Opening to the colour and splendour of the Alhambra's Moorish court with oriental-influenced dances, the work later moves to the Spanish court, featuring traditional Spanish and flamenco dance. Drawing on elements of Spanish and Moorish cultures of the time results in an exotic fusion evoking the last days of Muslim rule in Spain. 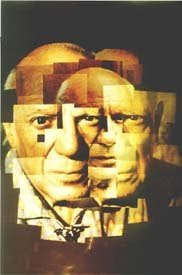 Picasso pays tribute to the complex life and work of Spain’s noted artist. Dancers portray his early Blue and Rose Periods, then move on to the enigmatic Cubist and Surreal Periods that later became his trademark. The cante jondo of a Siguiriyas provides an appropriate flamenco interpretation of his masterpiece Guernica. The women in his life, most of whom were artists or painters and who figured prominently in his work, are woven throughout the production, which celebrates Picasso's significance to the cultural and artistic heritage of Spain and the world. 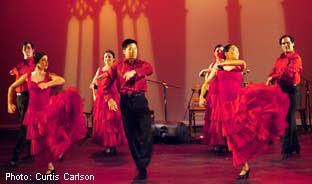 Based on a true story of betrayal and tragedy, Blood Wedding tells of a bride who abandons her groom on their wedding night, running away with her lover. This flamenco production evokes the poetry and surrealism of Garcia Lorca's play on which it is based. Sultry guitar music intertwines with percussive footwork to bring the passionate story to the stage. 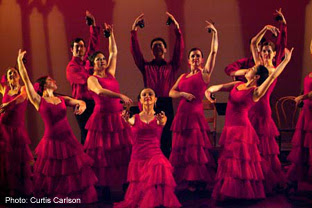 Suite Espagnole presents classical Spanish dance through original choreography, accompanied by the music of noted Spanish composer Isaac Albeniz. From the dramatic and rhythmic Asturias to the moody, evocative Granada, these dances span the moods of Spain as they move through its geography with Cadiz, Cataluna, Cordoba, and Castilla. Ending with the joyous Sevilla, the suite celebrates the rich heritage of Spain. 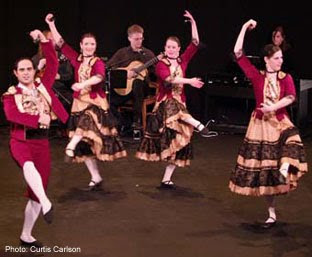 GOYA TO LORCA
Premiere: March 2006
Goya to Lorca celebrates the art of Francisco de Goya and the poetry of Federico Garcia Lorca. Flamenco and bolero school dances are interspersed with writings of Lorca, a noted poet and dramatist whose work focused on typical Spanish themes, such as the passion of flamenco and the bullfight. Goya's paintings are represented by tableaux re-enacting scenes from some of his famous works. These scenes were inspired by Madrid's Festival de San Isidro, where outdoor performances include similar recreations honouring Spain's artistic heritage. 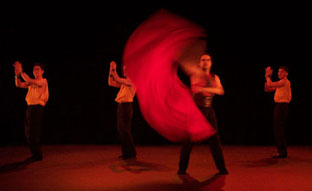 SPARTACUS
Premiere: March 2005
Set in 73 B.C. Rome, the story of Spartacus opens with his capture, followed by enforced combat in which he unknowingly kills a fellow slave. He initiates a revolt leading to the capture of his rival Crassus, but Spartacus spares his life. The fight for freedom continues with the help of Spartacus' countrymen, depicted with flamenco footwork. The music of Khachaturian includes Spanish themes, and the production reflects this element through its choreography. Dancers from Spain are introduced into a scene of revelry as the entertainment. The BDT version of Spartacus features six dancers in bata de cola. 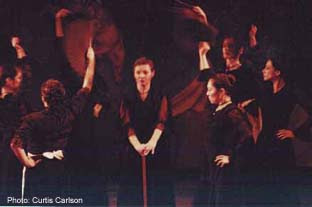 THE HOUSE OF BERNARDA ALBA
Premiere: June 1998
The House of Bernarda Alba is based on the last play of Spanish playwright, poet, musician, and painter Federico Garcia Lorca. The production opens with tyrannical matriarch Bernarda Alba, returning from the funeral of her husband with her five daughters. A suitor, Pepe el Romano, pursues the eldest for her inheritance, while wooing the youngest. The middle daughter, also in love with Pepe, reveals the duplicity. Lorca's rich symbolism and religious imagery have been skilfully translated into Spanish dance form, accompanied by the music of Manual de Falla and Francisco Tarrega. The rebellion of the youngest daughter is emphasized by her green bata de cola, a dress with a long train that is incorporated into her dance. The intensity of the flamenco form is particularly suited to the dramatic tensions developed between characters. The set, designed by Winnipeg artist Alfredo Coreas, draws strongly on the influences of Salvador Dali, a close friend of Garcia Lorca.