SPANISH DANCE is an artform that encompasses a great range of styles, beyond the well-known sevillanas of the feria and dramatic, gypsy flamenco. BDT's repertoire touches on all styles, from those featuring complex footwork to folk dances, classical Spanish dance, and escuela bolera, a ballet-influenced form. The art of Spanish dance can be divided into four main categories. 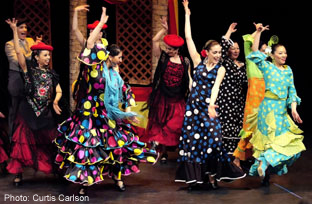 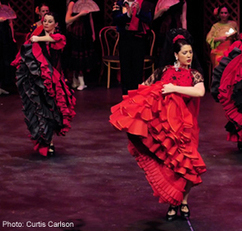 FLAMENCO is the art of the gitanos, or gypsies of Spain. Its expressive, intense music and dance forms have strong Arabic, Jewish, Byzantine, Egyptian, Moorish, and East Indian influences. An essential element is the taconeo or footwork providing a strong percussive element. Flamenco is traditionally an improvised solo dance, although it is choreographed for individuals and groups when adapted for the theatre. BDT's flamenco repertoire includes several styles such as Colombianas, Guajiras, Solea, Alegrias, Siguiriyas, Tangos, and Garrotin. 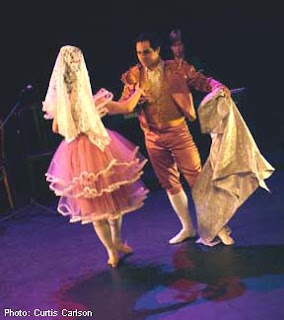 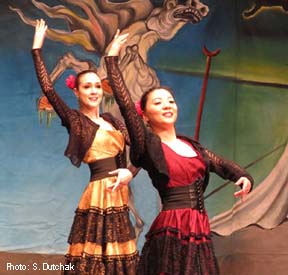